I'm obsessed with mermaids. I like to think that I was a mermaid in another life, possibly in another dimension or alternate reality. Incidentally, other children would often call me "mermaid', while growing up, because it sounds similar to my given name.

I remember when Disney's The Little Mermaid was released in theaters. I was young, but, I remember walking into the theater with my family and being very excited for what was to come. When the story came to life on the screen in front of me, I felt as though I had been whisked away to a magical, enchanted underwater world. I could relate to Ariel, but, instead of dreaming of being human and having legs, I dreamed of being a mermaid and having beautiful, sparkly green scales.

In December, I had the opportunity to see The Little Mermaid at the Egyptian Theatre in Hollywood. In addition to this treat, animator Glen Keane was there to participate in a "Q&A" session after the movie. It was a delightful experience and a memory I will treasure as Ariel did her beloved dinglehopper and snarfblatt. To watch one of my favorite childhood movies as an adult was enlightening, but, to hear from Keane about what it was like to work on the movie, as well as several other Disney movies, was surreal. I was lucky to share such a rad time with my friend, Casey Kwock, who made my presence at this event possible.

Keane drew several pictures as we listened to him talk and tell stories. On our way to and from the event we got swept up in the Tron Legacy Hollywood premier. The night sky over Hollywood Blvd. was glowing bright blue and it was fantastic...just thinking about it all still makes me shake my head in awe...

Here are some of the photos from the Q&A session. Enjoy! 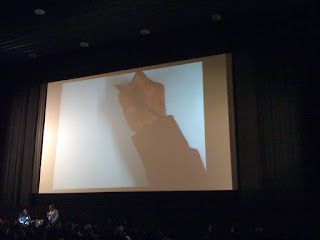 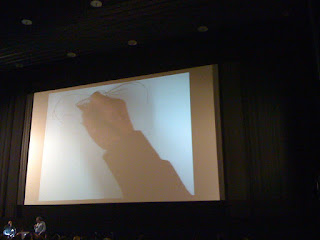 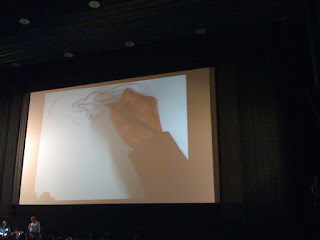 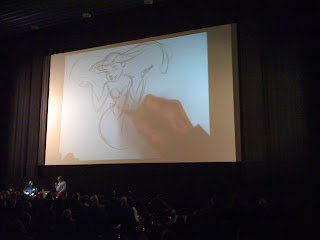 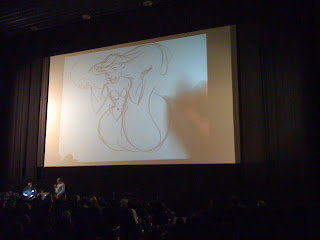 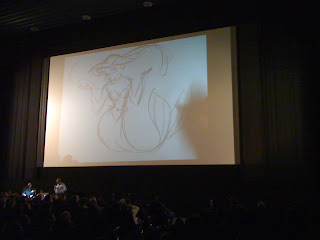 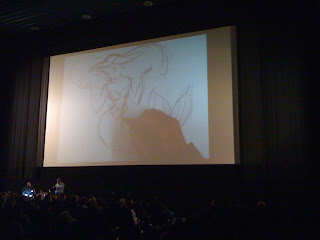 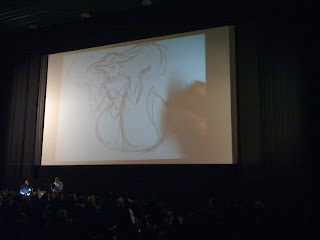 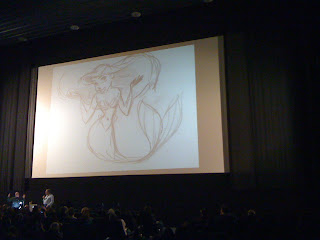 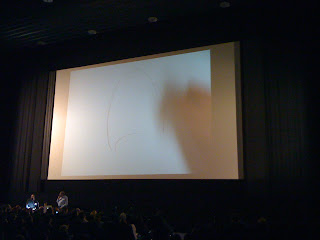 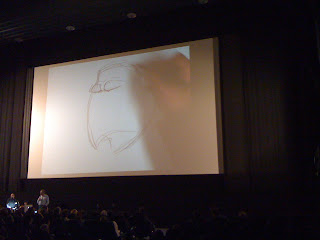 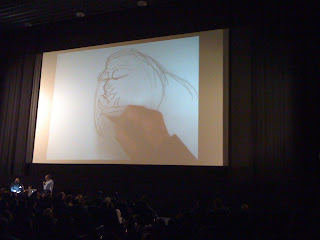 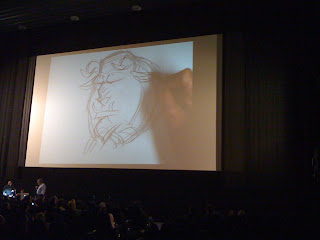 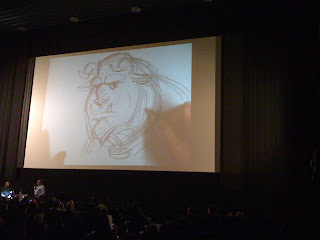 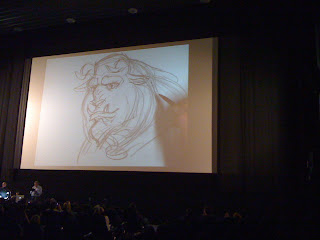 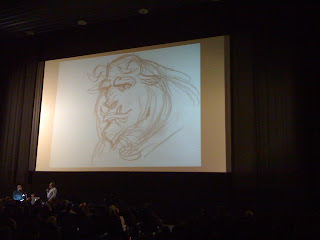 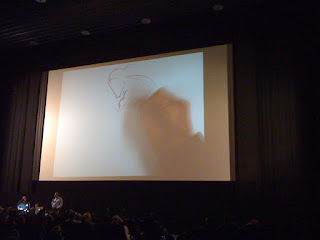 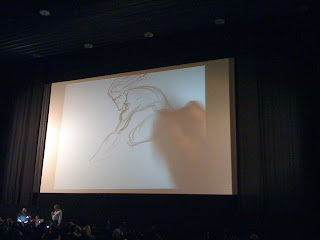 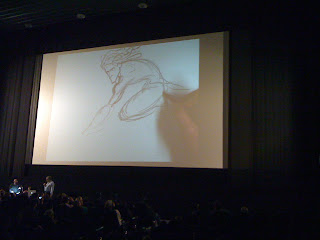 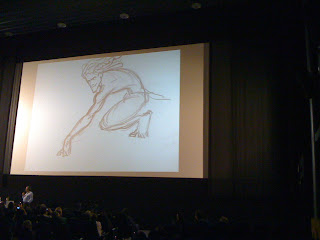 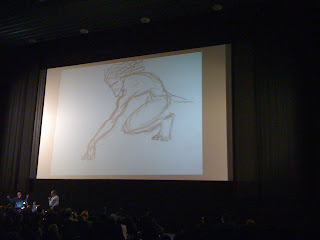 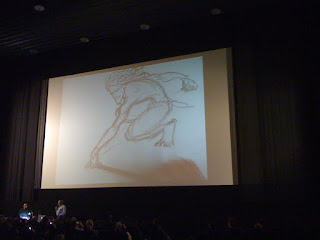 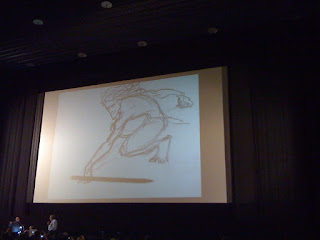 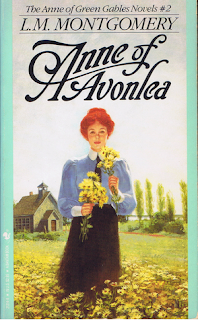 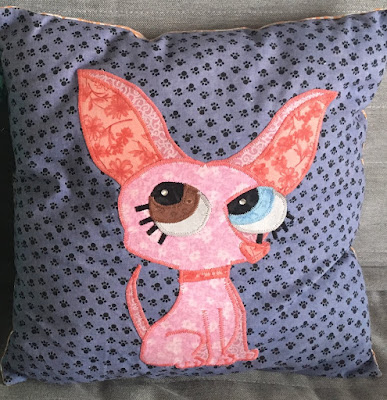